Today air pollution has become one of the main environmental issues we are facing as a species. Coal-burning and industrialization have led us to all of the technological advancement as well as hurt our planet’s ecosystem. The constant emission of carbon has played a huge part in the depletion of the ozone layer. Although the number source of air pollution is coal-burning plants creating electricity, the transportation sector isn’t far behind. Countries all around the world are trying to solve this issue via different methods. However, before looking at the solution, let’s understand the problem first.

How transportation sector is contributing to air pollution

What transportation sector is doing to solve this

Now we have seen how the transportation sector has affected air pollution. Let’s take a look at what is currently going on based on the recent data.

How the emission can bring down to zero

As long as transportation is burning diesel and petrol for fuel energy, no matter how advanced and efficient our engines become the emission will never come down to zero.

Electric vehicles are one of the only hopes we have against emission and air pollution. However, electric vehicles alone cannot do much and we are going to need reusable electricity resources like Solar and Wind energy as well. 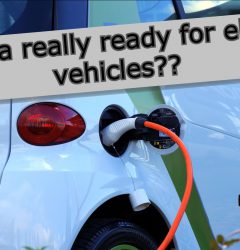