GST Its Impact on Transport Industry

GST will turn India into one common market, leading to greater ease of doing business and big savings in logistics costs from companies across all sectors. Some companies will gain more as the GST rate will be lower than the current tax rates they pay, others will lose as the rate will be higher than the present effective rate. While the rate of GST is yet to be decided, industry observers have assumed an 18% rate recommended by a government panel in making their impact calculations.

Like other companies, Logistics companies will therefore see a major change in transportation of goods and location of warehouses. In the past the warehouses were set up for avoiding state taxes at the cost of operational efficiencies.

Trade Barriers such as Entry Taxes, Local Body Taxes, octroi etc. make trucks sit idle for up to 30 to 40 percent during their journey.

When these barriers are removed, it will directly decrease downtime of fleet, this would mean that companies would require lesser number of vehicles for carrying out the same business.

Procurement of higher tonnage trucks due to the new efficiencies

Due to the new efficiencies brought about by the GST, there would be demand for procuring higher tonnage trucks. Companies will consolidate small warehouses, which were set up for avoiding taxes. Trucks with load capacity up to 20 tones would be replaced by larger trucks for carrying additional cargo.

The existing interstate taxation system has forced companies to create and maintain warehouses in each state, which makes the supply chain longer and largely inefficient. With this complex structure, today the logistics industry spends nearly 50-60% of its time in tax compliance, interstate check points maneuvering, scrutiny and tracking of interstate sales tax.

The big shift post the GST regime will be that India will see the emergence of regional warehouse hubs. Unlike in the current regime, the manufacturer does not need to have a warehouse in each state, first transport to the warehouse and then sell to the distributor. With a single GST across India, one can envisage the emergence of key hubs. For example: A hub in Delhi can serve the North; A hub in Pune can serve the West; A hub in Kolkata can serve the East, A hub in Hyderabad can serve the South and Central India. In effect, the entire logistics activity becomes a lot more focused, concentrated and smarter.

Location of the warehouse would be more driven by the market forces of demand and supply. In the coming years the smaller warehouses of 15,000 to 20,000 sq ft would be merged and larger ones of over 2 lakh sq feet would be set up

GST will transform the way goods are transported within the country. Today because of sizes of warehouses are very small, corresponding smaller inefficient trucks with a carrying capacity of nine to 20 tones are being used. In the near future, trucks with 40 tones plus carrying capacity will run on the highways, which will service large warehouses

GST will lead to a more organized logistics and transport segment

The existing interstate tax system has resulted in a large number of unorganized players in this industry. With the introduction of GST, there is likely to be a major consolidation in this segment. It could see the emergence of a few large players who can span the entire logistics chain. This will be advantageous as it will lead to greater efficiencies, better use of technology and more cost advantages. 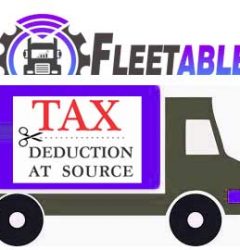 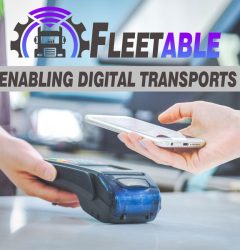 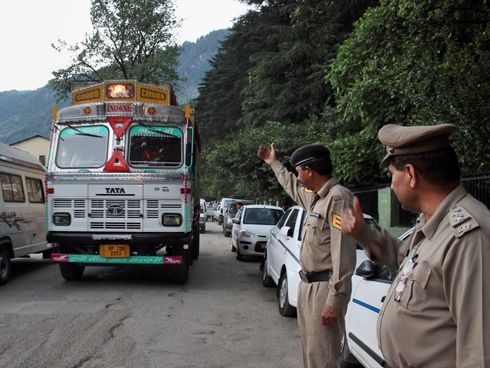 Do Not Overload until Taxes are Renewed